Anne Hathaway As Catwoman In “The Dark Knight Rises” 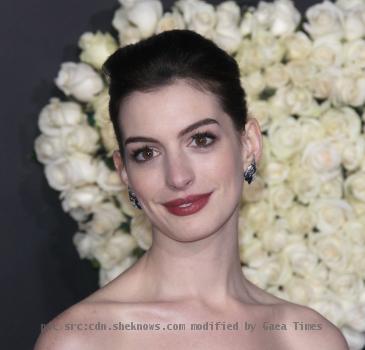 LOS ANGELES (GaeaTimes.com)- It seems that the stunning actress Anne Hathaway has her hands full of activities these days. The gorgeous actress’ movie “Love and Other Drugs” has hit bull’s eye in the box office and after that Ryan Murphy has also confirmed that the actress will play a cameo in the hit musical series “Glee”. However, on Wednesday, Warner Brothers announced that Anne Hathaway will play the role of Selina Kyle and her alter ego Catwoman in much anticipated “The Dark Knight Rises”.

Director Christopher Nolan has been frantically searching the female lead for his upcoming Batman movie. Bringing an end to the mounting suspense surrounding one of the much hyped talent hunts of the year, the director has selected Anne Hathaway for the role of Catwoman. In the original comic series, Catwoman shares a complex love-hate relationship with Batman and it would be interesting to watch how it would be filmed in the upcoming movie. The ace director is, however, tight lipped about his storyline and it would really be a visual treat for the audience to see Anne Hathaway in the Catwoman costume.

Christopher Nolan told a reputed media outlet that he is thrilled to have an opportunity to work with Anne Hathaway and he is sure that the actress will justify the role of Catwoman. The director added that Anne Hathaway’s role would be a “fantastic addition” to the movie as Catwoman would be one of the important characters in “The Dark Knight Rises”. Anne Hathaway nabbed the highly sought after role after an exhaustive search said to include names like Keira Knightley, Kate Mara, Charlotte Riley, to name a few.