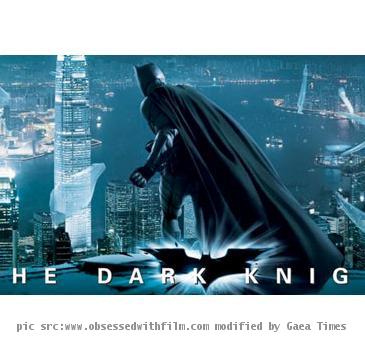 LOS ANGELES (GaeaTimes.com)- The excitement surrounding the forthcoming Batman movie is rising with time even before the script of the film has got in hands of producers. Christopher Nolan achieved huge fame and commercial success with ‘The Dark Knight’ released in 2008. The sequel to this film named ‘Dark Knight Rises’ is in its preliminary stage and lots of speculations and rumors about its cast and shooting are doing the rounds in the web. It has been reported that the script will be given to the studio today. The rumors also suggest that the shooting for the upcoming film will take pace in the same studio where Batman Begins was shot.

The ‘Inception’ director is in no mood to reveal the details about the film Dark Knight Rises to the media at this time. However, actor Aaron Eckhart who essayed the role of Harvey Dent/Two-Face in ‘The Dark Knight’ has reportedly told a media entity that he will not be in the upcoming film. The shooting of the film will commence in 2011 and a mid 2012 release date has been fixed for it. Meanwhile actor Christian Bale who played Batman in The Dark Knight will reprise his role in the sequel as expected. However, he said this could be the last movie where he will play the legendary character.

The expectation of the Batman fans would be huge from ‘Dark Knight Rises’ and the absence of Heath Ledger means the director would have to find an actor who can come close to the performance of the late actor. He has also remained tight lipped about the film’s plot.