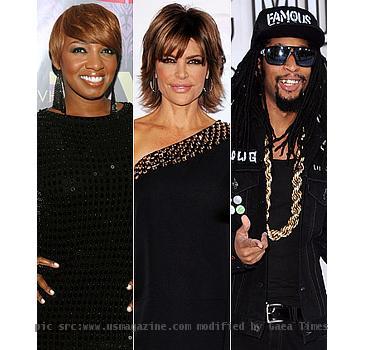 LOS ANGELES (GaeaTimes.com)- 16 new celebrity contestants would again compete and work under American business magnate Donald Trump and get an annual salary of $250,000 in “The Celebrity Apprentice” 2011. On the “Late Night With Jimmy Fallon”, the real estate mogul unveiled the cast of the reality series, which includes singers, actors, models, sportsman etc. Donald Trump said that the show officials have turned out about 35 to 40 people and the celebrities who have qualified as the cast of the show are really “smart people”. “The Celebrity Apprentice” 2011 would return to NBC on March 6.

Donal Trump told a reputed media source that Lindsay Lohan’s parents approached him for “The Celebrity Apprentice” 2011 but he refused to take the actress because he felt that it is not the perfect time for her. Former teenage idol David Cassid and renowned actor Gary Busey are vying to become the Celebrity Apprentice of Donald Trump. The other contenders include rapper Gary Busey, La Toya Jackson, Oscar-winning actress Marlee Matlin, singer Dionne Warwick who would also take part in the show. On the other hand, former baseball player Jose Canseco, reality star NeNe Leakes, actress Lisa Rinna have nabbed the coveted opportunity to be a part of the show. Last year, the “Poison” singer Bret Michaels won the show by beating other celebrity contestants.

On Thursday’s show, Lil Jon and NeNe Leakes appeared on “Late Night With Jimmy Fallon” to promote their upcoming show. Donald Trump told the host that “The Celebrity Apprentice” 2011 would be full of surprises with lot of interesting incidents. On the other hand, Jimmy Fallon said that he is waiting to see Gary Busey and La Toya Jackson in the show and support them.