The Shirt For Prince William’s Wedding 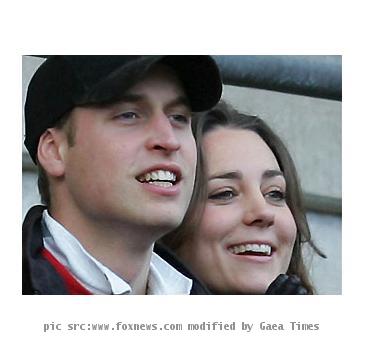 LONDON, UNITED KINGDOM (GaeaTimes.com)- The news of the wedding of Prince William is not new but what has made the gossip vines interested about the subject recently is the origin of the wedding shirt that the Prince will adorn on the special day. If the reports are to be believed then the wedding shirt of the Prince will not be made by any tailor in UK but it will be an ‘Italian Job’. Even though the Prince has not opened his mouth on this issue, the rumors are doing the round that the shirt is being made by an Italian tailor. A newspaper in Italy has reported that the task has been given to Angelo Inglese. His studio is in Italy’s tourist town of Puglia. The tailor said that a section of Prince’s friends are his clients and the Prince got to see his creations through them. He was really impressed with his Bespoke shirts, says the tailor. He then asked his event manager to contact the tailor and that is how he bagged the prestigious assignment.

This is not the first time that Angelo Inglese is getting an assignment from a high profile client, says the Italian shirtmaker. He earlier took orders from the PM of Japan and also from David Beckham, the star footballer. In the words of the Italy based tailor, the wedding shirt that he had made for the Prince for his wedding is “classic but innovative and youthful at the same time”.

He has crafted the shirt in such a way that will make the Prince appear thinner than what he actually is. It will have hidden buttons. The royal family is yet to say anything on this matter so far.