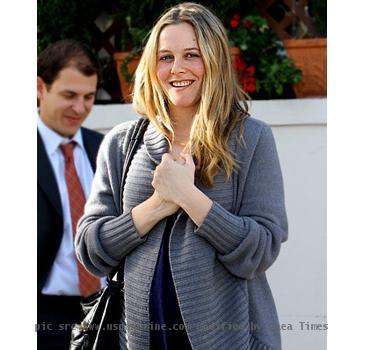 LOS ANGELES (GaeaTimes.com)- Christopher Jarecki is the latest dad-to-be. His wife Alicia Silverstone is pregnant with their first child. Christopher Jarecki, 40, and his wife Alicia Silverstone, 34, had been living together for eight years prior to their marriage. This is their first child together. The musician is very excited with the news and he along with his wife, cannot wait to welcome their new member into their family.

Christopher Jarecki is a rock musician. He is also the lead singer of the group S.T.U.N. He had been married for five years to the actress and this is the first time that the couple would be assuming the responsibilities of parenthood. Alicia Silverstone said that motherhood had always been a dream for her. She told a leading magazine that she has been wanting to have a baby since she was two years old. The “Clueless” star also said that she loved to portray the role of a pregnant woman onstage during a Broadway show. Wearing the pregnancy suit and pretending to be pregnant had always been “so much fun” to her.

Christopher Jarecki and his wife Alicia Silverstone eagerly waiting to welcome the baby. According to sources, the very feeling of having a baby has made the actress all the more excited. All the ardent fans of the highly-acclaimed actress are surely hoping that she delivers a healthy child and returns to the big screen as soon as possible. Christopher Jarecki and his actress wife are supposed to attend the Sundance Film Festival next week for the premiere of the actress’ upcoming romantic comedy movie “Homework.”

LONDON - An expert at University of Reading, UK, is examining the use of nanotechnology to restore s...

LONDON - A pair of conjoined twins has amazed doctors to no end - the two children, who share a brai...

LONDON - Google has published an online book on "things you've always wanted to know about the web a...

LONDON - Google has agreed to delete all personal data collected by its Street View cars from unsecu...

'20 Things I Learned About Browsers and the Web' From Google

Google's attempt to spread browsers and the web literacy among the average people has paved way ...

MELBOURNE - Coming directly from the sci-fi movie, the US army has the a lethal combination of...

WASHINGTON - Scientists have said that patients undergoing plastic or reconstructive surgery should ...

Cholesterol-busting pill could save heart victims

LONDON - A cholesterol-busting pill that cuts the risk of heart attacks and strokes is being develop...