Miss America 2011 To Be Crowned Today 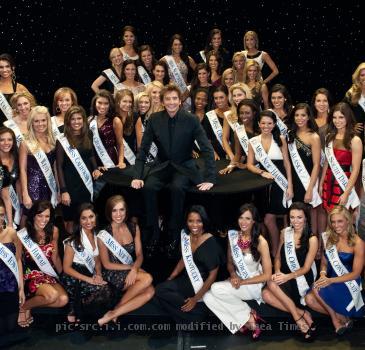 LAS VEGAS (GaeaTimes.com)- The most awaited beauty pageant of the year will be aired today as a new Miss America 2011, will be crowned at 9 p.m on ABC. The event will take place at the Planet Hollywood Resort and Casino in Las Vegas. The new beauty queen be crowned by the former Miss America Caressa Cameron, who hails from Virginia. The Virginian beauty, is all set to give away her crown of one year to her new successor.

So far, Miss America 2011 has already witnessed three important preliminary rounds. The front runners of these preliminary competitions are Miss Nebraska, Teresa Scanlan, who won the talent competition. She won the heart of the judges as she beautifully played the piano. Lifestyle and Fitness aka swimsuit competition was won by Miss Oklahoma, Emoly West, as she displayed her perfect shapely body to the audiences. Both these competitors won a lump-sum scholarship money. Miss Rhode Island and Miss Alabama, on the second night, and Miss North Carolina and Miss Hawaii on the first night also made a remarkable performance in these categories. This year the event is bound to be even more exciting, as it would be hosted by Brooke Burke, who proved his worth as an outstanding host in “Dancing With The Stars”. It would also be co-hosted by Chris Harrison from “The Bachelor”.