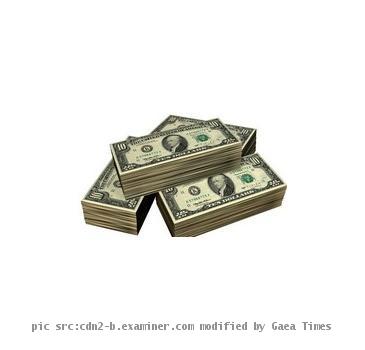 LOS ANGELES (GaeaTimes.com)- Last night’s episode of “Million Dollar Money Drop” had a great impact on all its viewers. Large number of viewers stay glued to the television sets from 8p.m. on Fox channel to catch up the latest episode of the “Million Dollar Money Drop” show. Thursday night’s episode was indeed a great experience. One of the questions asked in the show was the most popular boy names of 2009 which unfortunately the contestants were not able to answer correctly.

In the Fox show, the money can be procured only when the contestant-pair answers all the 7 questions correctly. The feeling of loss nearly crushes the contestants who come to play the game with high expectations. Last night, two friends, named Amber and Amber respectively, came to play the game to win the $1 million by answering all the seven questions. One of the questions, which they had to confront was the most popular boy names of 2009. People who love to watch movies or are voracious readers, might find the answer very easy and all the more so, since the name appeared in “The Twilight Saga.” The question came with three possible answers: Ethan, Michael and Jacob. It seemed as if neither of the two friends knew the answer to the question. The correct answer was Jacob, which the two friends were unable to tell. Consequently, their dream of carrying home the huge mount of money was shattered.

Kevin Pollak, the host of the show said that the name “Jacob” had remained very popular for more than a decade. He also cracked a joke saying that the ardent fans of “The Twilight Saga” feel that the name had been used in the book and the movie only because it remained the most popular boy names of 2009.

WASHINGTON - A new study has suggested that late-preterm babies, those born between 34 and 36 weeks,...
Copyright© 2011 The Gaea Times