“The Game” Season 4 Premiere On BET 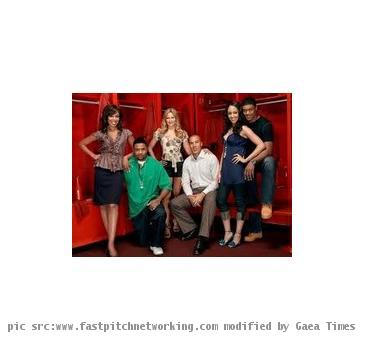 LOS ANGELES (GaeaTimes.com)- The much awaited television program, “The Game” premiered on BET yesterday. However, this is not the first time that the viewers will get to see the show on TV. It used to be aired on CW from 2006 to 2009. However, since it was called off air, BET grabbed the deal with its producers, CBS, to incorporate the show in its own channel, to premiere its season 4. However, after going off air for two years, its come back was more than exciting for its loyal fans.

“The Game” season 4 premiere shows that the star caste remains to be the same. The plot would stick to comedy-drama once again, quite like its preceding seasons. Tia Mowry will once again resume the role of Melanie Barnett-Davis in the fourth season. Hosea Chanchez would return as Malik, Pooch Hall comes back as Derwin Davis, while Coby Bell as Jason Pitts. In an interview with a reputed source, Tia Mowry said that she is feeling very content, happy and loved, at the same time, but most of all, she feels relaxed to resume her role as Melanie.

“The Game” is a show that revolves around the lives of blacks. Almost all the star caste in the show, have the darker skin color. Being a black herself, Tia Mowry said that the face of the television is changing these days. Much against the popular belief that the blacks do not watch TV, she feels that they do. However, she is extremely grateful to BET for giving her community an opportunity to express themselves. In a way, she wanted to establish that even blacks can make money from the television media. “The Game” season 4 premiere, aired at 10:00 pm on Tuesday.