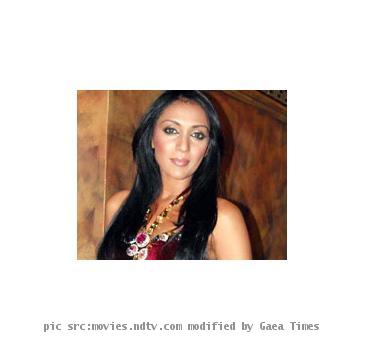 MUMBAI, INDIA (GaeaTimes.com)- The hot and sensuous Marathi mulgi, Shweta Salve is back to the small screen once again. After being invisible for almost three years, her presence in Zee TV rather took the audience’s memory, back to the time, when she was launched by the same channel in the popular teenage show, “Hip Hip Hurray” in 1998. Since then many things have changed and the lady has evolved to be more beautiful and attractive. Being a stunning dancer herself, she would now be hosting Zee TV’s popular dance program, “Dance India Dance Doubles” with chocolaty co-host Jay Bhanushali.

Shweta Salve said in an interview that she is extremely delighted about this new deal as dance is something she is passionate about and it is very close to her heart. In 2006, she was the first runner up of “Jhalak Dikhla Ja”, which was also a dance reality show. Her groovy moves enhanced her popularity to several folds and she came up as one of the best dancers amongst all small screen hotties. She was introduced to the new ‘DID’ season with her sizzling performance on “Munni Badnaam Hui”, which is the cult favorite item song of this year. Later on, she gifted Grand Master Mithun Chakraborty, with a gift hamper from Lux. Sporting her infectious smile and a beige colored dress, she just proved herself to be the perfect replacement of Saumya Tandon.

Shweta Salve said that she is looking forward to learn a lot from this show. Although she has worked with all the famous choreographers, according to her, learning has no limits. With this program, she would brush up her dancing skills. She also admitted that the participants of this season have a lot of potential and some of them are better than her.