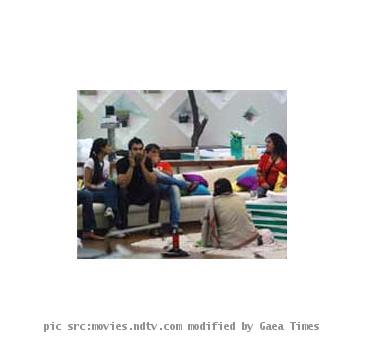 MUMBAI, INDIA (GaeaTimes.com)- Colors reality show “Bigg Boss 4″ is finding itself amidst troubled waters lately. The reality series has garnered negative publicity for a host of reasons from the very beginning with Shiv Sena asking to ban the show for the participation of two Pakistani celebrities, actress Veena Malik and TV presenter Begum Nawazish Ali. As the series gradually unfolded, it attracted many controversies starting from the abusive language used by some of the contestants to the much publicized wedding of contestant Sara Khan with her longtime boyfriend Ali Merchant. However, the controversial content of “Bigg Boss 4″ has ultimately come under the scanner of the government with the Information & Broadcasting Ministry directing Colors to refrain from telecasting the reality show before the 11 p.m slot.

The directive was issued to the television channel on Wednesday, the Information & Broadcasting Ministry has ruled that “Bigg Boss 4″ cannot be aired on prime time but only in the 11 p.m to 5 a.m slot. Apart from the Colors reality show, another program which has faced the ire of the I&B Ministry is “Rakhi Ka Insaaf,” a show which is aired on NDTV Imagine. The notice that has been issued to both the channels also states that the show cannot be aired in the 11 p.m to 5 a.m slot and it also prohibits various news channels from showing clippings of the program during the prime time.

In the meanwhile, a sources close to Colors channel has revealed to the media that the makers of “Bigg Boss 4” have not received any kind of formal communication as yet. Hence, the source added that the series would be aired in the usual schedule till the channel is informed formally.