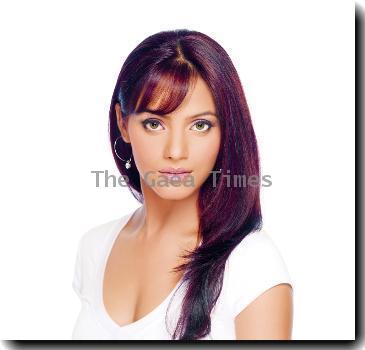 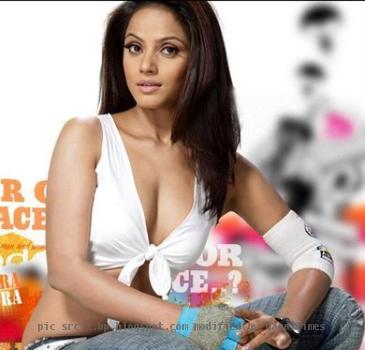 MUMBAI, INDIA (GaeaTimes.com)- It seems that the panty-less stunt which earned Czech hottie Yana Gupta few minutes of fame, was successful in creating a buzz not only among the netizens but other wannabe celebs alike. If recent reports are anything to go by then actress Neetu Chandra who has starred in quite a few forgettable Bollywood flicks, has been spotted at a recent event sans her underwear. Although the actress has vehemently denied the claim, rubbishing the pictures as baseless, it does not come as a surprise that the reports has managed to seize many eye-balls with netizens scrambling the web to catch a glimpse of the controversial pictures.

Speculations about Neetu Chandra emulating Yana Gupta’s outrageous panty-less act first came to light after a report claiming the same was published in a website. The online portal also went on to say that the act seemed to be intentional as the actress wanted to achieve the short-lived fame that Yana Gupta had managed to attain after her pantyless pictures went viral. However, a representative of the actress has completely refuted the claims saying that the ‘Garam Masala’ star is a girl with dignity who would never stoop so low just for the sake of publicity.

According to the publicist, Neetu Chandra was contemplating taking legal action against the website and approaching the New Delhi based National Commission of Women for publishing false reports claiming she resorted to a panty-less stunt to gain publicity. However, the website is said to have apologized to the actress, following which she decided to refrain from doing so.

MUMBAI - Bollywood star Ajay Devgn may have appeared in "Kaun Banega Crorepati" to promote his forth...

'Do Dooni Char' was to highlight teachers' plight: Faizal

MUMBAI - Habib Faizal, who has made his directorial debut with "Do Dooni Chaar", says he wanted to h...

Chandigarh gives its sweet shops 48 hours to clean up

CHANDIGARH - In the wake of the upcoming festival season, the Chandigarh administration Friday gave ...

Tendulkar makes time for a special date with Bollywood

MUMBAI - After scoring his 49th Test century last week Sachin Tendulkar made a call to his buddy fil...

MUMBAI, INDIA (Gaea Times.com)- The heart throb couples from the "70's" are back on screen toget...

With Games on, it's mixed business for multiplexes in capital

NEW DELHI - The capital is buzzing with activities thanks to the ongoing Commonwealth Games and with...
Copyright© 2011 The Gaea Times