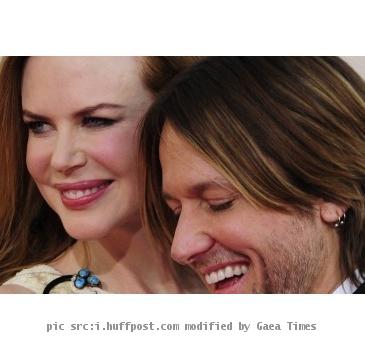 LOS ANGELES (GaeaTimes.com)- Actress Nicole Kidman and her musician husband Keith Urban are now proud parents of their second baby girl. The couple named their daughter Faith Margaret Kidman Urban and she was born via surrogate mother. Though the baby was born on December 28 but the couple announced the news to the media on Monday. However, although the baby is from a baby surrogate mother, Nicole Kidman and her husband Keith Urban are her biological parents. On the other hand, the media outlets were surprised to hear the news on Monday as when the couple appeared on Golden Globe Awards on Sunday, they did not mention anything about it.

Nicole Kidman and Keith Urban’s baby was born in Nashville’s Centennial Women’s Hospital and the couple, reportedly, booked the entire floor of the hospital to keep the identity of the surrogate mother under wraps. The couple released an official statement where they revealed how blessed they feel to welcome their second child. The couple, who exchanged vows in 2006 has a daughter, Sunday Rose together. Nicole Kidman and Keith Urban thanked all their well wishers who had been there for them through thick and thin and especially in their “gestational carrier”.

Though Nicole Kidman did not reveal anything about the baby but on Sunday, she told the media outlets that she is going to take a long break from the busy schedules of her career and concentrate on her family. The Oscar winning actress said that it is going to be a complete “six months off” for her. Nicole Kidman was nominated for Golden Globe Awards on the category of Best Actress in Motion Pictures for her movie “Rabbit Hole” but Natalie Portman took away the trophy for “Black Swan”.