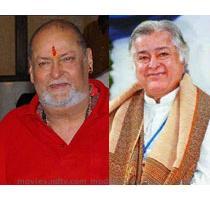 MUMBAI, INDIA (GaeaTimes.com)- It seems like Bollywood’s first family- the Kapoors are going through a rough patch. With the news of the deteriorating health conditions of both Shammi Kapoor and Shashi Kapoor, the New Year has not at all begun on a good note for the Kapoor clan. Infact, the history of the illness dates back to the last year itself. At the end of the last year in December, both the Kapoor brothers were hospitalized following bad conditions.

According to sources, Shammi Kapoor was hospitalized after he suffered acute kidney failure. While younger brother Shashi Kapoor was admitted to the hospital after he complained of health problems. It has been reported that Shammi Kapoor after being observed by doctors displayed signs of health deterioration. That was when doctors declared that the veteran actor’s health has taken a critical turn over. He too was suffering high fever. Shashi Kapoor too was suffering from fever. The news has spread like fire through out the entire B-town and reports claim that many celebrities have expressed their concern over the critical stage of two of Bollywood’s best actors.

While elder brother Shammi Kapoor was taken to the Breach Candy Hospital, younger brother Shashi Kapoor was admitted at the Kokilaben Dhirubhai Ambani. While the fourth generation of the Kapoor family holds on to the family’s film tradition with strong bonds, the second generation is certainly showing critical signs in terms of health. Sources close to the Kapoor family said that after elder brother Shammi Kapoor was hospital, doctors on seeing his condition decided to shift him to the ICU where he showed signs of worsened health. Fans and well wishers of the Bollywood icons are praying for the speedy recovery of the actors.

September 21, 2010 (Sampurn Wire): This has got to be the most rocking birthday party in living...