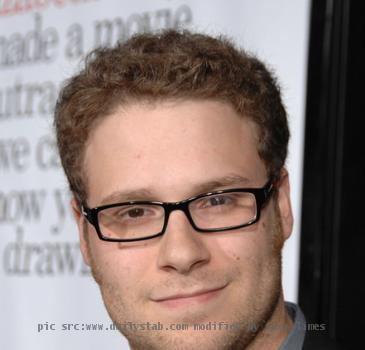 LOS ANGELES (GaeaTimes.com) — Seth Rogen announced his engagement to Lauren Miller at Conan premiere last night. The actor frankly discussed on his recent engagement with Lauren Miller. He told Conan O’Brien that when he proposed to Miller, she was topless in the closet.

Rogen’s engagement creates much abuzz that has trumped the recent hype of his upcoming action flick “The Green Hornet.” The new movie will hit the theaters on January 14, 2011.

“The Green Hornet” will show Rogen in a character that is different from his other funny roles. It’ll be a great experience for Rogen’s fan to watch the comedian of ‘40-year-old Virgin’ and ‘Pineapple Express’ in an action movie.