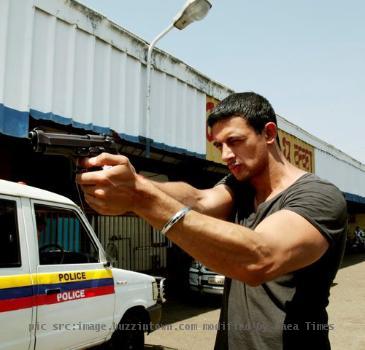 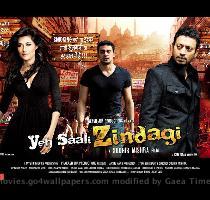 MUMBAI, INDIA (GaeaTimes.com)- Ace filmmaker Sudhir Mishra’s latest crime drama titled ‘Yeh Saali Zindagi’ is releasing in India today and the actors and director of the film are hogging the limelights as one can understand. It has actress Chitrangada Singh in a pivotal role and the two males vying for her attention in the film are actors Irrfan Khan and Arunodoy Singh. The actress who is known to be extremely choosy about her films in Bollywood has worked earlier with the same director. Her performance in Hazaron Khwahishen Aisi drew rave reviews from the critics and since that time the actress has come to be known as the thinking man’s sex symbol. The new film of director Sudhir Mishra is also in limelight for a number of intimate scenes featuring actors Aditi Rao and Arunodoy Singh. They have smooched each other for 22 time son screen according to the reports.

Actress Aditi Rao was seen last in the critically acclaimed film ‘Delhi 6′. Actor Arunodoy Singh acted in the recently released film Mirch where he also did some steamy scenes. Funnily enough, in the film ‘Yeh Saali Zindagi’ they kiss each other when they have an argument. Hence, it is evident that the couple fights quite often. The director said on the kiss scenes in the movie that they are a part of the plot and not meant for titillating the viewers.

In the film ‘Yeh Saali Zindagi’ actor Arunodoy Singh was picked after going through the auditions. The actor who is just a few films old in Bollywood said that he found the experience of working with a veteran actor like Irrfan Khan really enjoyable.