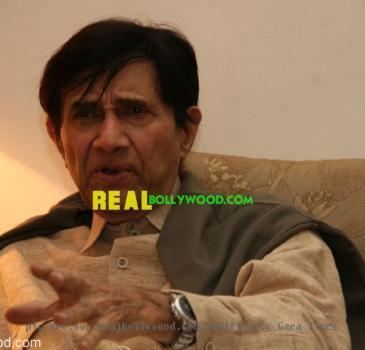 MUMBAI, INDIA (GaeaTimes.com)- It has been more than 62 years, since the cult film by Dev Anand, “Hum Dono”, created a rave in all the theaters across India. On February 4, the film industry gave a special tribute to this Dev Anand starer and released the film in color version, following the footsteps of “Mughal-E-Azam” and “Mother India”.

The colored version of “Hum Dono” was premiered in the most celebrated way, as several actors from the Bollywood walked through the red carpet. They not only wished the evergreen actor for this milestone, but also sat in the hall all through out, to watch the new version of the film. Kiran Rao, the wife of Aamir Khan, said that she has never watched the black and white version of the film, and therefore, she was very excited to watch the colored version with her husband. Several other people like Dharmendra, Sunny Deol, Ashutosh Gowarikar, his long time friend Prem Chopra, Shabana Azmi, Naseeruddin Shah and Salman Khan came to support the veteran actor for the premiere. Ranbir Kapoor, who arrived quite late, and went away the moment the screening was over, was highly missed by Dev Anand, as he loves the energetic young actor and wanted to meet him.

Before the screening of “Hum Dono”, Dev Anand said that he was excited for its re-release after 62 years. He added that for a, long time, several people from the industry and his fans, have been requesting for the release of the film in colors. However, now he is happy to have kept up his promise and made his fans happy. This film has its own social significance, as it gives the message of peace and love.