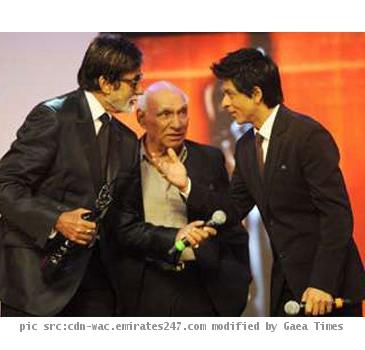 MUMBAI, INDIA (GaeaTimes.com)- The Yashraj Studio in Andheri Mumbai, witnessed the 56th Idea Filmfare Awards 2011. The star studded event was marked with each and every whose who of the tinsel town, dressed in the best of their clothes and each one sporting the most radiant smile. The Filmfare Awards 2011 Winners were all more excited as for some of them, it was the first time.

Filmfare Awards 2011 Winner for the best actress, this time went to Kajol. In the three preceding award ceremonies, this particular category was under the sole command of Vidya Balan for “Ishqyia”. For a change, Kajol bagging the best actress award for “My Name Is Khan”, made all her fans delighted. Similarly, the best actor award went to Shah Rukh Khan for the same film. If the two hottest on screen couple of Bollywood, took home the best actor and the best actress award, then why should their best friend Karan Johar be left out? He bagged the best director award for directing the same film. Arbaaz Khan and his wife Malaika Arora Khan, took the awards for the biggest block buster of the year, “Dabangg”. “Band Baajaa Baaraat”, which was yet another film, that made a mark this year for its youth appeal, gave the best debut director award to Manish Sharma and the best debut actor award to Ranveer Singh. Sonakshi Sinha, once again took the best debut actress award, as technically there was no other female to debut this year, to give her a competition.

Filmfare Awards 2011 Winners for music was rather a bit controversial, as according to many people, the awards were given more on the basis of their popularity than their quality. Sunidhi Chauhan for “Sheila Ki Jawani” and Mamta Sharma for “Munni Badnaam Hui” were selected as the best female playback singer. Similarly, Rahat Fateh Ali Khan was the best male playback singer for the song “Dil Toh Bachcha Hai Ji” from “Ishqyia’

NEVADA - Hollywood star John Travolta, who was recently in Mumbai (India), was quoted in the India'...