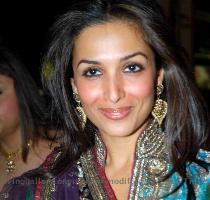 Audience had a rocking time watching the two divas jive to the popular number which became one of the biggest hit of the 2010 box-office collections. This week’s episode on “Jhalak Dikhhla Jaa 4″ infact rendered a special tribute to the svelte Malaika Arora Khan as participants put up scintillating dance performances on the hit numbers of the sexy celebrity. With the special episode that aired last night, fans saw both the gorgeous ladies taking the stage all geared for setting the stage on fire with their sensuous moves. As the popular track started off the show saw the original Munni taking an upper hand as she showed Madhuri Dixit Nene the moves. What ushered next was complete entertainment as the two got engrossed in the dance. It was evident that they were indeed having so much fun. The participants too had joined them and so did third judge Remo D’Souza who too indulged in some leg shaking with the ladies.

The recent episode saw contestants rocking the stage with one after another fantastic performances to the songs of Malakia Arora Khan. While Yana Gupta shot up with a sexy “Dholna Aiyore”. Ragini Khanna dazzled in the hit “Mahi Ve” number. Popular contestant Mayang Chang entertained the audience by grooving to the beat of “Chhaiya Chhaiya”.

September 20, 2010 (Sampurn Wire): Dabangg has rocked the theaters during the festive season even ...

MUMBAI - Abaz Khan is happy that by producing "Dabangg" he has done something for brother Salman...