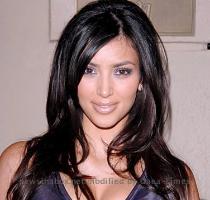 Recently, a representative of the W magazine said that the entire photo shoot was done after they had ensured an artistic collaboration between them and the sexy celeb, making it clear that all that Kim Kardashian did recently was nothing but an un-necessary hype. Kim Kardashian, recently on the Sunday episode of her show “Kourtney and Kim take New York” on seeing the cover page of the W magazine burst out into tears accusing the magazine of show casing her pictures in some porn way. She cried out to sisters Kourtney and Khloe that her Playboy photo shoot was better than this one where she looked less nude! W magazine, however, say that the photo shoot which was done keeping in mind the theme of the November Art Issue had Kim Kardashian’s full approval. They claim that the cover page is completely an outcome of art and not something cheap.

The W magazine representative further cited that eminent artist Barbara Kruger had collaborated with them for conceiving the concept of how the pictures of Kim Kardashian should be taken. The magazine claims to have even mentioned how strong the reality star’s career is in its inside portfolio describing it in the language of Jeff Koons, Gilbert and George.

WASHINGTON - A new study has found that kids with Chronic Kidney Disease (CKD) are more likely to ha...