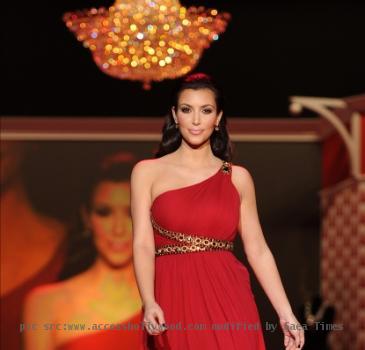 LOS ANGELES (GaeaTimes.com)- The cover photos of the next ‘Art Issue’ of the W Magazine has already leaked on the web. Considering that they are the nude photos of none other than Kim Kardashian, the leak could prove to be a costly one for companies who are looking for the full concentration of their employees at work. In what has turned into a maniacal rage on the web, the reality stars photo’s have stayed at the top of the hot searches list since the news broke.

Mark Seliger is the lucky photographer who has shot for the W Magazine’s Art issue. Though a strong majority of the blogger who reviewed the photos could not find much art in the issue, many felt that the inside spread was far better than the cover shot where Kim Kardashian appears full frontal nude with red text boxes covering her assets. In the inside spread, however, the voluptuous Armenian has left little to the imagination as she is covered in barely-there silver paint.

Earlier Kim Kardashian has posed for the Playboy magazine, but reports suggest that the star was upset over how the photos turned out to be. She also revealed in an interview recently that she is more at peace with her body image now that her reality series have been successful. She said that she realized that people like the shape that she is in and that gave her the confidence to do such photoshoots. She also said that she consulted her mother, Kris Jenner, about the photo shoot and got a thumbs up.