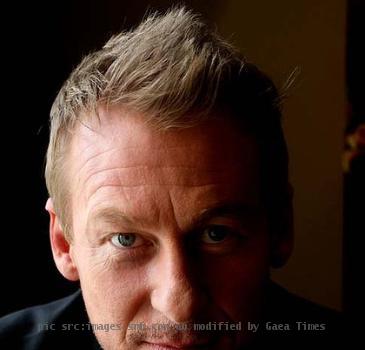 LOS ANGELES (GaeaTimes.com)- The much awaited underwater expedition drama ‘Sanctum‘, shot in 3D technology and produced by Hollywood’s maverick filmmaker James Cameron has released and the reactions have been mixed. While the awesome 3D technology in the movie is getting rave reviews the critics have pointed out at the numerous flaws in the plot. Actor Richard Roxburgh who plays a pivotal role in the intense and suspense filled underwater drama recently spoke on various aspects of the movie and his experiences of shooting in an interview. In the movie he plays the leader of the team that try to explore a little known underwater sea cave in Papua New Guinea. He said that for 3 and a half months he had to dive in and out of the mammoth tank containing 7.2 million litres of water in the Gold Coast film studios and it was an out of the world experience for him.

The veteran actor said on the experience of shooting for the movie ‘Sanctum’ “It was like trying to act with people throwing sticks, balls, darts, hammers, nails, buckets of water, ice, everything at you.” It was not a cakewalk for him always admitted the actor. When he had to do some scenes underwater fitted with a rebreathing kit he felt afraid. The Australian movie produced at the cost of $30 million uses the latest 3D technology used in the blockbuster Avatar.

In ‘Sanctum’ movie the actor had a great time working with the crew members. He said that the movie storyline showing how a father alienated from his son rebonds during crisis appealed to him.