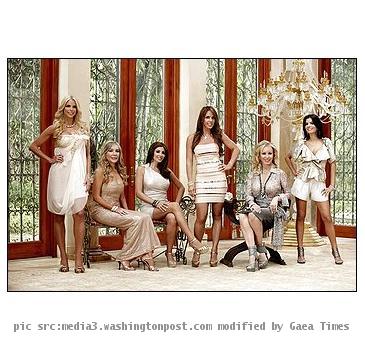 LOS ANGELES (GaeaTimes.com)- Despite making an earlier announcement that the Bravo series ‘The Real Housewives of New York City’ will be back with a new season on mid-February, the fans of the reality series would have to wait a while longer before they can actually witness the show making a comeback on the network. Instead of the New York City based program, the Bravo officials have taken the decision to take the ‘Real Housewives’ franchise to Miami this time with a scintillating new cast which includes former Chicago Bulls player’s wife Larsa Pippen.

On Thursday, the Bravo network officials made an official announcement saying that ‘The Real Housewives of Miami’ would be premiering on the network on February 22 at 10 p.m., a news that has been welcomed by all the ardent followers of the reality series. The new star cast of the upcoming show includes NBA star Scottie Pippen’s wife Larsa Pippen, who is known to hold the title of ‘Hottest NBA Wife’ and has been described as a ’snarky Lebanese beauty.’ The inclusion of the stunning former model in the star cast of the upcoming Bravo reality show has surely done enough to accentuate the hype among the viewers and ensure that the program receives high ratings when it makes it debut later this month.

Apart from Larsa Pippen, the other leading ladies who would be featured on ‘The Real Housewives of Miami’ include NBA player Glen Rice’s ex-wife Cristy Rice, Alexia Echevarria, the executive editor of Venus Magazine, Brazilian bombshell Adriana DeMoura-Sidi, Miami native Marysol Patton who runs her own PR firm, Lea Black, a Texas-born mother of one who is a staunch supporter of President Barack Obama.

BERLIN - Germany handed back to Iraq 22 stolen ancient artefacts thought to date back to the Sumeria...
Copyright© 2011 The Gaea Times