The White Stripes Break Up Officially 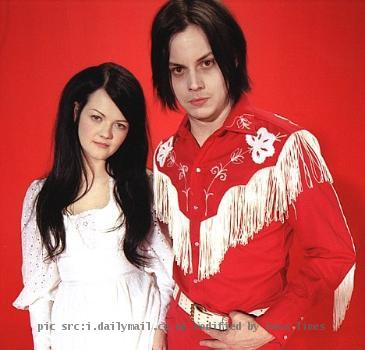 LOS ANGELES (GaeaTimes.com)- After being together for 13 years, iconic rock band The White Stripes has finally called it quits. The members of the group announced the break up in their official website on Wednesday. In their official statement the rock duo Meg White and Jack White has announced that they would not be performing together anymore and would not do any further recordings in future. Though there was no specific reason for the split but the group mentioned that The White Stripes has broken up for “myriad” of reasons and to preserve the art and music of the band. The band canceled their tour in 2007 and since then they have not performed together.

The official statement of The White Stripes states that there is no health related issue or artistic differences between the group members for the break up. However, the members of the Grammy award-winning band thanked all their fans for their support and also for sharing the experience with them. Meg White and Jack White stated that they would always remember the involvement of the fans and the duo are “truly grateful” to all the supporters. Moreover, they also mentioned that their fans should not feel bad as the decision is taken to preserve everything “beautiful and special” about the band.

In the end, The White Stripes‘ statement read that the band does not belong to Jack White and Meg White anymore as it belongs to the fans. The statement also states that if people want then the beauty of music and art can last forever and it would never fade away with time. Some media outlets are of the opinion that Meg White’s stage fright is one of the main reasons for the break up of The White Stripes.