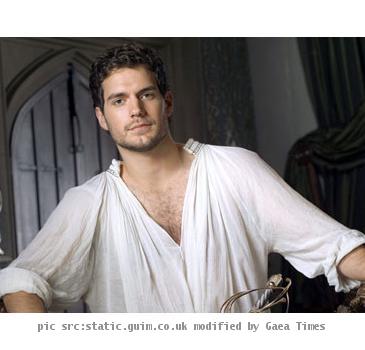 LOS ANGELES (GaeaTimes.com)- British actor Henry Cavill, who is best known for his role in “The Tudors”, has bagged the much coveted role of Superman in the upcoming superhero flick. The actor, who was once termed as the “unluckiest man in Hollywood” by a reputed magazine as he lost out on many supe4rhero roles previously has finally become the protagonist in the next Superman venture. The movie is, reportedly, titled as “Superman: Man of Steel” and it is slated to release in December 2012.

“Superman: Man of Steel” will be directed by Zack Snyder and it will be produced by Christopher Nolan. Bringing an end to the mounting suspense of one of the biggest talent hunts of the year, finally, the film officials announced that Henry Cavill will play the role of Superman in the upcoming movie. The much anticipated superhero flick will be written by David S. Goyer. The whole film unit is presently happy and excited as they have got the face of the next Superman venture. The director of the movie told a reputed media source that the character of Superman is the most “recognized and revered” character of all time and he is honored to be a part of such a big project and given such a great responsibility. Zack Snyder said that the members of the upcoming project are happy and excited about Henry Cavill.

LONDON - Detecting cervical cancer in women is set to get quicker, cheaper and more accurate, as sci...

NEW DELHI - American leaders were convinced during the 1971 war that then Indian Prime Minister Indi...

'Miss Congeniality' Kate 'wanted to save herself for someone special'

LONDON - Kate Middleton didn't just charm Prince Williams, but was a favourite with her fellow sixth...

WELLINGTON - Television New Zealand (TVNZ) has reportedly turned down reports that viewership of its...