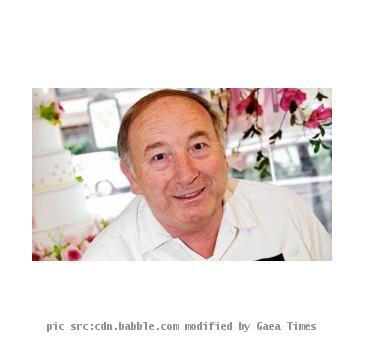 CARLSTADT (Gaeatimes.com)- Sal Picinich, the renowned baker, who used to get featured in the popular TLC show, “Cake Boss”, left for the heavenly abode on Sunday. His wife, Lucille Picinich said that he was suffering from cancer for the last few years. Sal Picinich is now survived by his wife, his two children Danielle Picinich Reinoso and Salvatore Picinich, two grand children, two brothers and two sisters.

Sal Picinich has been the baker at the Carlo’s Bakery in Hoboken for the last 45 years, and the show was shot from that location itself. However, he decided to leave the show in 2009, after his health started deteriorating, but once again returned to his work last summer to receive the Employee of the Century Award, in the 100th anniversary of the bakery. His wife Lucille Picinich said that Sal Picinich was a man of less words with an impeccable dedication towards his work. He was loved and revered by every employee in the bakery for his skills. Carlo’s Bakery’s publicist, Adam Bourcier, said that the anchor of “The Cake Boss”, Buddy Valastro, was extremely fond of Sal Picinich and looked upon him as the second father. The baker knew him from before, as he has worked under the anchor’s late father, in the initial years of his career.

According to sources, the entombment of Sal Picinich will take place at Holy Cross Cemetery in North Arlington. His mass funeral has been scheduled on Friday, 10:30 a.m at the St. Joseph’s R.C. Church in East Rutherford, while his visiting will occur at Kimak Funeral Home, in his home town Carlstadt, on Wednesday and Thursday at 4:00 p.m, to continue till 8:00 p.m.

Remarks by the President in Awarding the Medal of Honor to Staff Sergeant Salvatore A. Giunta

'In his DNA': A comic book collector's donation helps him discover the fine art of letting go