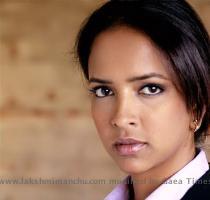 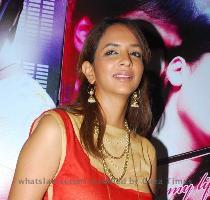 HYDERABAD, INDIA (GaeaTimes.com)- Lakshmi Manchu, the talented daughter of Telugu superstar Mohan Babu is all set to star in a Telugu film soon. The sultry actress will be seen playing the negative lead in the upcoming Telugu venture ‘Anaganaga-O-Dheerudu’ which is produced by a Hollywood based production house.

Lakshmi Manchu recently appeared in an interview and spoke about her career and what it feels to be the daughter of Mohan Babu. She said that she was unaware of her father’s stardom till she was in Class XI as she was raised in Chennai. She also added that she wanted to make it on her own in the entertainment industry and did not want to be known as the star’s daughter. She revealed that she started taking her acting seriously after she went to America for her higher studies. She said that she auditioned for roles like any other ordinary person. She explained that she got the role purely because of her talent and not for her contacts.

Lakshmi Manchu has been pursuing an acting career in American television since 2006. She said that though she is presently involved in the Telugu venture she does not see herself venturing into Indian television and the ’saas-bahu’ drama soon. She added that she does not mind the fact that she is making her Telugu film debut with a negative role as she felt that such characters had more interesting roles. Lakshmi Manchu will be sharing the screen with other Telugu actors, in the anticipated fantasy film ‘Anaganaga-O-Dheerudu’ that, that includes Shruti Haasan and Siddharth.

NEW DELHI - The Prime Minister, Dr Manmohan Singh, has condoled the passing away of noted Gandhian ...

I had to put Nehru in right perspective: Author-niece

NEW DELHI - Jawaharlal Nehru has of late been "misinterpreted" and so it was important to put India'...

MUMBAI - A benchmark index for Indian equities gained nearly five percent this week to hit a new all...
Copyright© 2010 The Gaea Times