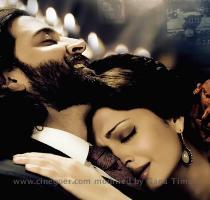 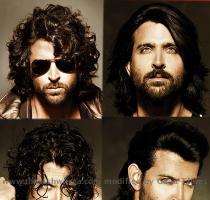 MUMBAI, INDIA (GaeaTimes.com)- The latest Sanjay Leela Bhansali film ‘Guzaarish‘ starring two of the most sought after Bollywood actors, namely Hrithik Roshan and Aishwarya Rai Bachchan has hit the theaters and the reactions are pouring in. The film, despite an average start at the box office has managed to impress the critics who slammed the earlier film of the director. The films of Sanjay Leela Bhansali are known for their visual opulence and magnificent cinematography and this one is no exception. The director has also composed the music of the film. Interestingly, the film has got rave review from the leading Bollywood actors. Noted actress and social activist Shabana Azmi went gaga over the performance of actor Hrithik Roshan after watching the movie.

‘Guzaarish‘ actor Hrithik Roshan said he felt humbled by the reaction of actress Shabana Azmi whom he regards in high esteem. Other noted Bollywood actors also praised the performance of Hrithik Roshan in the film. Among them Abhishek Bachchan, the actor husband of Aishwarya Rai Bachchan who played a nurse in the film deserves mention. He even went to the director and congratulated him for making such a superb film.

Aishwarya Rai Bachchan’s father-in-law, ace actor Amitabh Bachchan also applauded the film ‘Guzaarish‘. He worked with the director previously in ‘Black’, a film which won a number of awards and critical acclaim. He, however, chose to be diplomatic when the reporters asked him about the performance of his daughter-in-law in the film and said that she has put in a “restrained and dignified” performance.