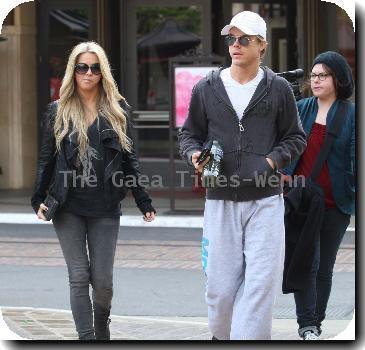 LOS ANGELES, (GaeaTimes.com)- The beautiful 21 year old actress and singer Julianne Hough has always been a bit secretive about her relationship with American Idol host Ryan Seacrest. Although several rumors and speculations have been bugging the couple since early this year, they were never been open about it. However, Julianne Hough, in an interview with Ellen DeGeneres on Tuesday’s The “Ellen DeGeneres Show”, confessed that she is dating Ryan Seacrest and the two are quite happy with their relation.

Julianne Hough describes her boyfriend as a phenomenal one, who does everything to make her feel special. She said that he is very romantic and loves surprising her with certain sweet gestures that makes her happy. Once Julianne Hough got inside her car and found that there were flowers all over. She understood that it was done Ryan Seacrest, who was out of station at that time and just wanted to make her happy in his absence. He did the same thing even on her birthday, when she got inside the hotel room to find it decorated with flowers. She said that although this overtly romantic gesture embarrassed her a bit, she found it really sweet on his part. Right now, the couple seems to be going steady, as they have already informed their parents about their romance.

The speculations regarding their relationship started, when the two kissed in public, early this year. Later on, in July, the rumor became more intensive when Julianne Hough moved in with Ryan Seacrest in his Los Angeles home. Recently, the couple were spotted together in the premiere of her upcoming movie, “Burlesque”.

SYDNEY - Julianne Moore doesn't think that going under the knife would make any difference to her ap...

LONDON - Julianne Moore broke down in tears while talking about her late mother during a recent i...

Julianne Moore was teased over hair in school

LONDON - Actress Julianne Moore has revealed that she used to get teased by her schoolmates for havi...
Copyright© 2010 The Gaea Times