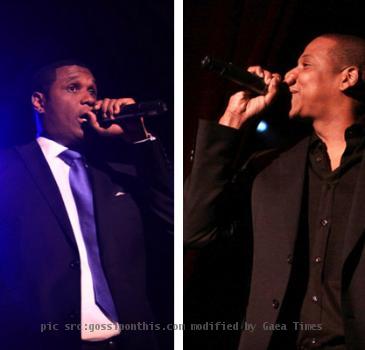 NEW YORK (GaeaTimes.com)- On Friday, the hip-hop mogul Jay-Z announced that New Orleans rapper Jay Electronica has signed with Jay-Z’s recently formed label, Roc Nation. To celebrate the party Jay-Z threw a grand party at New York Club, The Box, on Friday night where fans of both the singers were present to cheer for the rappers and also to be a part of such a great event. On the other hand, it has been reported that this news has not been taken lightly by Sean Combs (Diddy) and he said that he is hurt as his friend Jay Electronica betrayed him.

Jay-Z looked handsome in his sharp black suit and when he took the stage, he told the crowd present at the party that his goal in life is to introduce “magic” into hip-hop. He also added that he wants to introduce love and “wizardry” in hip-hop as well. However, right after that Jay-Z called out Jay Electronica’s name and said that the “Untitled” singer has become the official “signee” of Roc Nation. The crowd cheered for Jay Electronica and congratulated the singer for joining the Roc Nation family.

Jay Electronica was wearing a black suit and blue tie and entertained his audience by singing “Exhibit A” and “Exhibit C”. He introduced himself to the crowd and said that it was a real moment for him. He also asked the crowd to “forgive” him if he makes any mistake. Jay-Z also said that it was Jay Electronica’s show and he has all the right to say what he feels. Jay-Z also said that the members of Roc Nation will support him as he has joined the family.

LONDON - A US cosmetic surgeon has filed a lawsuit against a former patient for claiming in an onlin...

Plastic surgeon in US sues patients for bad online reviews

WASHINGTON - A plastic surgeon in US is suing his former patients because they posted bad reviews...