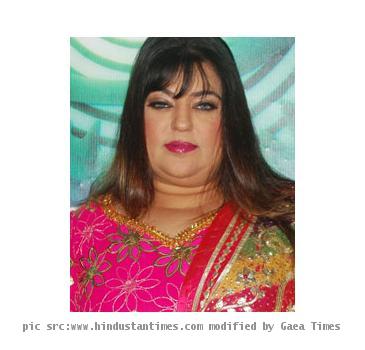 MUMBAI, INDIA (GaeaTimes.com)- It seems getting involved in heated arguments with the housemates has become a perpetual habit for actress Dolly Bindra who is one of the contestants in the fourth season of Colors reality show “Bigg Boss.” After the ugly altercation with Shweta Tiwari and Manoj Tiwari, now its the turn of Ashmit Patel, who was seen getting involved in a heated exchange with the actress during last night’s episode of the reality show. However, it does not come as a surprise that the ups and downs among the housemates in ‘Bigg Boss 4″ has attracted huge viewerships and the regular viewers of the show are definitely enjoying themselves to the fullest.

The tussle between Dolly Bindra and Ashmit Patel was sparked when the actress, who is the present kitchen captain, denied the latter access to the area. However, the actor paid no heed to the instructions of the kitchen captain and goes ahead to make tea for himself as well as the rest of the housemates. Ashmit Patel’s complete indifference to her orders, infuriates Dolly Bindra all the more and the both get involved in a heated conversation which goes on for a very long period of time.

The ugly altercation that ensues between Dolly Bindra and the actor leaves not only the viewers but the housemates equally shocked. However, later the rest of the housemates discuss their fear that the fight might not be just over yet and is likely to turn a more drastic turn in the future. With the housemates undertaking the policy to stay away from Dolly Bindra, the actress confides in Khali and tells him her desire to hit Ashmit Patel for his rude behavior.

NEW DELHI - Loud-mouthed and violent Dolly Bindra and the usually reticent Sameer Soni have been thr...
Copyright© 2010 The Gaea Times