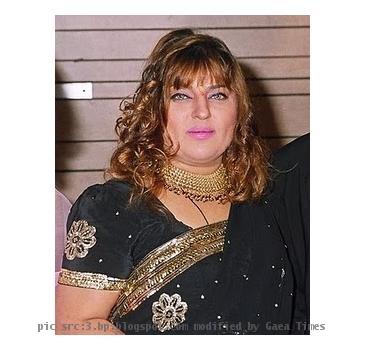 MUMBAI, INDIA (GaeaTimes.com)- It seems the fourth season of “Bigg Boss” is set to get all the more entertaining. Although the choice of participants for the current season of Colors reality show in itself enough to ensure high viewership for the program, the interesting wild card entries has made the series all set to entertain the audiences to the fullest. After the entry of WWE wrestler Khali last week, this time another new contestant is going to enter the “Bigg Boss” house which is surely going to make sure that the viewers have a gala time. The new contestant of the show is none other than actress Dolly Bindra, who is known to have been part of many Bollywood flicks as well as television serials.

While talking to reporters about her latest reality television stint on “Bigg Boss 4,” Dolly Bindra revealed that she wants to have plain fun with the other housemates without bothering much about the politics and back-biting that goes on among the contestants. Despite the fact that the actress is quite upbeat about making an appearance on “Bigg Boss 4,” she didn’t have much kind words about the contestants of the show as she went on to describe them as ‘hypocrites’ while adding that she had no clue why most of them are so sad all the time inside the “Bigg Boss” house.

Like the previous seasons, even the latest instalment of Colors reality show “Bigg Boss” has attracted viewers’ attention for its distinct variety of housemates, with each one of them adding an unique element to the show. Nevertheless, how far Dolly Bindra is able to gel with the other contestants is something that remains to be seen.