The duo, Akansha, 13, from Amritsar and Rouhan, also 13, from Lahore got all applauds from Judges Sonu Nigam and Rahet Fateh Ali Khan. The other two finalists pairs were Rishabh Chaturvedi-Farrukh Ali Moon and Sayantan Paul-Ahsan Ali. 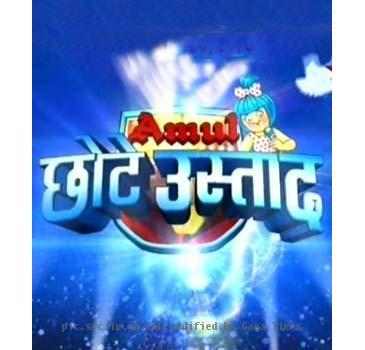 The show was unique in its own way. It fetched youngsters, aged between 8-13 from both India and Pakistan and bring them the opportunity to show their talent before the world. The show began with 10 pairs that eventually ends with one champion pair.

The guests list will be incomplete if we miss the name of Pakistani singer Shafaqat Amanat Ali of Tere naina fame and Master Salim of Kadi te hans bol fame. The show was hosted by Abhas Joshi and actor Omi Vaidya.

MUMBAI - Bollywood actor Akshay Kumar is all set to hit the television with a reality show on ...

MUMBAI - Bollywood actor Akshay Kumar is set to return to television with a culinary show called...

September 2, 2010 (Sampurn Wire): Actress Divya Dutta is renowned and praised for her acting and w...