Sonu Nigam To Dedicate A Music Video To Michael Jackson 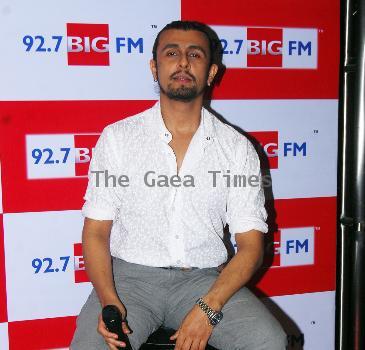 June 25, 2010 (Sampurn Wire): Bollywood’s renowned playback singer Sonu Nigam is going to pay a tribute to his idol Michael Jackson. He is working with the late star’s brother Jermaine Jackson on a tribute song.

Sonu is known to be a big fan of the late ‘king of pop’ Michael Jackson and now he wants to pay his tribute to the legend.

Speaking about the project to the media, the versatile singer said, “I am going to release a tribute song to singer with one of his family members. I will start working on a music video as soon as the song is recorded and I will release it soon.”

Sonu added, “I am very happy as Jermaine is working with me on this song.”

Last year, on June 25, 2010, Jackson passed away in mysterious situation. Today on his first death anniversary, 92.7 Big FM is going to air the songs of Jackson all day and Sonu will also be on air to dedicate his favorite Michael songs.”

Nigam further added, “Being an artist, it is my duty to appreciate the commendable work of a great artist like Micheal Jackson. He has brought a lot of changes in the music industry and I think no one else around the world can touch his level.”

He informed, “I was just two miles far from Jackson’s house when he passed away. So, I went with my family to his house to light a candle there in the evening. Lots of people had gathered there.”

AMETHI - Calling on the widow of a slain revenue official, Ram Kumar Yadav, allegedly killed by a ru...

KATHMANDU - This is going to be a critical week for former "Indian Idol" Prashant Tamang. He is now...

From Holland, a film on the yoga of sound

LUCKNOW - Parents of a school girl who died after being sexually assaulted in Uttar Pradesh met Gove...

LUCKNOW - The widow of a revenue official, allegedly abducted and murdered by the local legislator o...

LUCKNOW - A legislator from Uttar Pradesh's ruling Bahujan Samaj Party (BSP) and his brother were bo...

AMRITSAR - Former mayor of Amritsar Sunil Datti and three others have been booked for harassing a yo...
Copyright© 2010 The Gaea Times