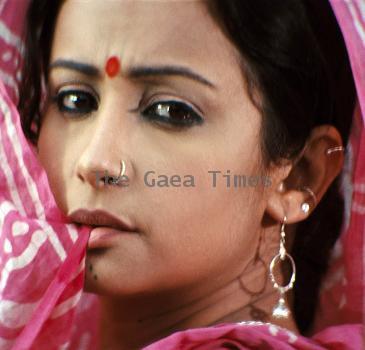 September 2, 2010 (Sampurn Wire): Actress Divya Dutta is renowned and praised for her acting and whatsoever be her character she embroils into it completely, the similar thing happened when she signed Sky Motion Picture “Life Express- A Film About Surrogate Mother”.

In this movie she has acted the character of a Surrogate mother. Before acting in the movie, to make her character strong and imposing she wished to meet those women who are actually Surrogate Mothers. For this she had to visit a Village called ’Anand’ in Gujarat, which is famous for surrogacy nationally as well internationally. At the Village Divya met surrogate mothers, realized their emotions and feelings to make the character more lively.

Do you know that “Anand” Village is the same place which is popular for Amul Milk.? And what more, for surrogacy too. Because there is lot of poverty, so to overcome it most of the women do surrogacy and lessen their problems.

NEW DELHI - A film based on the preachings of Shirdi Sai Baba, another on the controversial issue of...

BANGALORE - A leopard and an aged lion died within 12 hours of each other between late Saturday and ...

MUMBAI, INDIA (GaeaTimes.com)- Bollywood actress Mallika Sherawat who is known more for her ...

NEW DELHI - Black it seems was the chosen colour for most members of the Indian film fraternity, inc...

NEW DELHI - Films depicting a compulsive liar and a snake woman's vengeance a la "Naagin" and a biop...

GURGAON - Irrfan Khan has managed to make a name for himself in Hollywood as well as Bollywood. As h...
Copyright© 2010 The Gaea Times