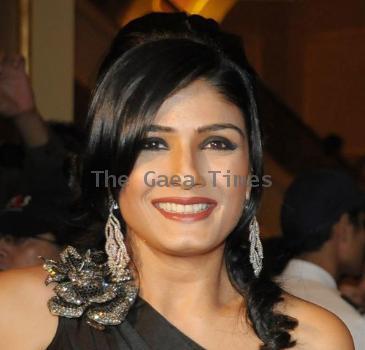 September 4, 2010 (Sampurn Wire): Raveena Tandon is a National Film Award winning actress, a movie producer and an ex model. She will return to the small screen on ‘Amul Chhote Ustaad - Do Deshon Ki Ek Awaaz’ today the 4th of September.

This show is produced by Saibaba Telefilms and this season presents a singing competition that brings together India and Pakistan’s young singing talents.

Raveena Tandon would soon be seen on the silver screen with her film ‘Agni’. She joins the ensemble this weekend as a celebrity guest. This powerful actress has created a niche for herself in the mainstream cinema but at the same time has been extremely applauded for her performances in flicks like ‘Satta’ & ‘Daman’.

She is also a supporter of a variety of social causes too and has been an active participant in many an ad campaigns. She would be shaking a leg or two to her famous “Mast Mast” song on the special episode of Qawwali on the show.

She said that since she loves and adores kids, she was more than happy, after she was approached to be a celebrity guest judge on ‘Amul Chhote Ustaad - Do Deshon Ki Ek Awaaz’.

Watch out for the performances by Shahid - Satinder and Mair - Mayuri duo along with the scintillating performance by Rahat Fateh Ali Khan.

PUNE - Bollywood actress Raveena Tandon, who looked ravishing while sashaying down the ramp for desi...

Big B, Hrithik electrify but SRK steals the show

Raveena Poses For An Advertisemnt Of PETA

Two of a family killed, five injured in Ghaziabad

GHAZIABAD - Two people were killed while five others were critically injured when unidentified assai...