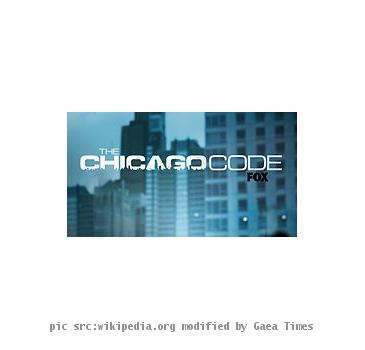 LOS ANGELES (GaeaTimes.com)- The latest presentation by Fox network is the police crime-procedural show “The Chicago Code” that was premiered last night. The much-awaited cop drama that has been created by Shawn Ryan, has been successful in creating extensive buzz with its season premiere while high ratings as well as positive reviews from the critics already in its kitty. The pilot episode of the show on Fox which made its debut last night, was able to leave the viewers engrossed as they were provided with a glimpse of the dose of entertainment that “The Chicago Code” has in store for them in its forthcoming segments.

“The Chicago Code” features actor Delroy Lindo as the corrupt alderman Ronin Gibbons, who has been in the scene for than twenty years now and is deemed to hold more power than the mayor of the city. With the monumental power that brings forward his dangerous side, Detective Jarek Wysocki, played by Jason Clarke, tries his very best to end Ronin Gibbons’ reign while actress Jennifer Beals edges the character of Teresa Colvin who has recently assigned responsibilities as the very first female superintendent of the city.

The pilot episode of “The Chicago Code” that was aired last night has been able to seize attention with its intense drama that is definitely going to make sure that the show garners a steady viewership in the upcoming episodes. The interesting story-line coupled with the star cast is sure to make the cop series stand out from the rest of the shows on Fox and accentuate its ratings.