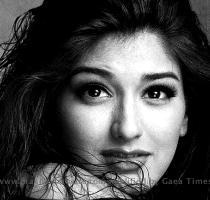 MUMBAI, INDIA (Gaeatimes.com)- It is high time that the ones who are circulating the story of Bollywood actress Sonali Bendre appearing in party hosted by Karan Johar get alarmed. There are high chances that they get caught in some hassle. Recently a wardrobe malfunction news of the actress popped up on various sites over the web reporting that the actress had come to the posh event sans her undergarments!

Now this has come across as a tremendous shock for the actress who is already very upset about the rumors. The former model and actress’ official spokesperson has already told the media that the buzz is nothing but utter rubbish. The official said that it is true that there has been various media outlets who have been reporting that the actress made a public appearance without her undergarments, but said that these are nothing but malicious acts on the part if these notorious sources. The actress who is already married and a mother has always shared a good relationship with the media, which is why she is all the more upset. Sources are claiming that both Sonali Bendre and her whole family is highly upset by this disturbing news and claims that the whole wardrobe malfunction news has left them in a state of shock.

It is not the first time when any Bollywood actress has been caught in this particular buzz. It was a few days back when Yana Gupta and Neetu Chandra too had reportedly turned up in parties without their undergarments. However, it is being reported that Sonali Bendre has already taken decisions to sue those who have reported of these rumors of her wardrobe malfunction.

Posh to join Becks Down Under

MELBOURNE - It's official - Victoria Beckham will be joining husband David when he comes to Austral...

Google has designs on you

SAN FRANCISCO - Not content with involvement in almost every facet of your online life, online searc...

Office lady really also want to be the fashionista like others. The girl open her wardrobe and let y...

LONDON - Camping out has always been a great experience, and now campers can enjoy it even ...

Kristen Stewart the famous actress from the most popular serie Twilight is having a big party tonigh...

LONDON - Gone are the days when women relied on men to make their life complete and secure. Now, i...

LONDON - A new survey has revealed that millions of Brit women complain they are stuck in a rut beca...

NEW YORK - Heart Attack Grill Restaurant in Arizona is like heaven to those who are obese but still ...
Copyright© 2011 The Gaea Times