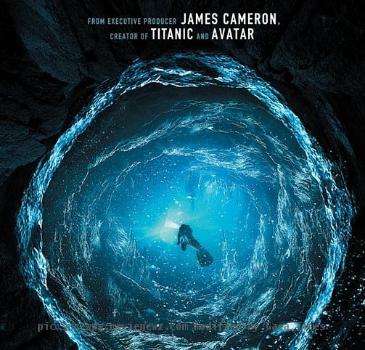 LOS ANGELES (GaeaTimes.com)- ‘Sanctum,’ the latest 3D flick to hit the theaters worldwide has been getting moderate reviews and reception from the critics and viewers. The cutting edge 3D technology along with the awesome camera work and visuals has won applauds but the screenplay leaves much to be desired. The name of ace Hollywood filmmaker James Cameron is on the promos and posters of the movie but he has not direct the flick. The underwater expedition drama has been directed by Alister Grierson. James Cameron was impressed by his debut venture ‘Kokoda.’ The movie ‘Sanctum’ is based on Andrew Wright, a cave diver and writer’s real life experience. The director recently spoke with a media entity on various aspects of the film.

The ‘Sanctum’ director said in the interview that there was no cave and it was created by computer simulation on screen. The experience of working under a stalwart director’s banner whose last movie reached cult status was a pressure on him, said the director. The fact that ‘Sanctum’ uses the same technology the viewers got to see in James Cameron’s latest blockbuster ‘Avatar’ may make some people think that he took the directorial rein at times. The director said that it was a breakthrough in his career.

The director of ‘Sanctum’ said that he will make other movies but has no plans to do a monster movie as such. It may seem amazing to the viewers but although Alister Grierson has directed a 3D action thriller, he actually comes from a comedy background. His debut movie was based on war though.