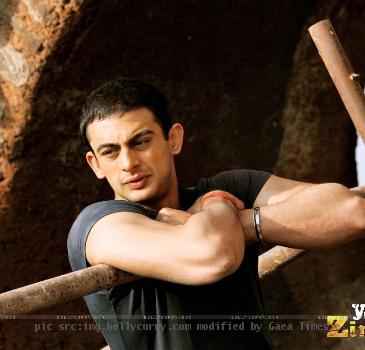 MUMBAI, INDIA (GaeaTimes.com)- Ace movie maker Sudhir Mishra’s latest flick ‘Yeh Saali Zindagi‘ got into controversy earlier for issues relating to its title and the kissing scenes in the movie. Post the release of the movie the director finds himself mired in another controversy. However, this time the director is jot responsible for the fiasco. The acts of rising actor Arunoday Singh who plays a pivotal part in the movie has got the movie cast mired in problem. The incident took place at the prestigious Symbiosis Institute of Mass Communication of Pune. The cast of the movie went there for promotion of their film. The students started agitating after actor Arunoday Singh kissed a student of the institution on stage.

According to the reports the actor who is fast earning the image of the latest Casanova in Bollywood joked during the promotion that he would kiss any girl who has the guts to come on stage. One girl student took the challenge and the ‘Yeh Saali Zindagi’ actor kissed her. This is when the students got angry. The management of the Symbiosis Institute of Mass Communication also got annoyed with the actor for the incident and said that it was done for cheap publicity. Anupam Siddhartha the SIMC Director said “They are operating on a shoestring budget and I understand that they want to get publicity free of cost but I wish they hadn’t used our college as a means of achieving that.” He also blamed the actor who according to him is a struggling newbie desperate for fame.

‘Yeh Saali Zindagi’ actor Arunoday Singh however was not ashamed for his act. He said it was being blown out of proportion.