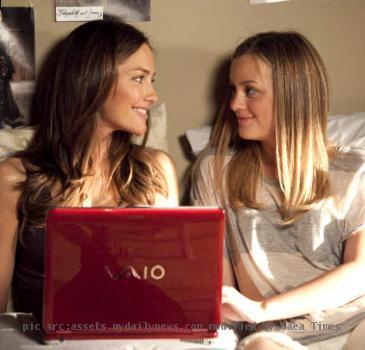 LOS ANGELES (GaeaTimes.com)- Much anticipated thriller film “The Roommate” hit the theaters on Feb 4 and just after its release, the movie is receiving mixed reviews from its audience as well as its critics. The thriller flick is directed by Christian E. Christiansen includes a hefty star cast with the likes of Minka Kelly, Leighton Meester, Danneel Harris, Alyson Michalka and Cam Gigandet. The main story of the movie deals with how Rebecca (Leighton Meester) becomes possessive and begins to get obsessed with her roommate Sara (Minka Kelly).

However, some have spoken in favor of the movie but mostly; the critics have said that the end of the movie was quite predictable. A film critic of a reputed media outlet commented that the movie is like a complete “deja vu” to people who have watched late night thriller in cable networks. The media outlet also reported that only Leighton Meester managed to do justice to her role but all other actors have just flaunted their looks in the movie. To some critics, the actress’ role is inspired by Jennifer Jason Leigh though she managed to produce some intense moments in the movie. On the other another critic said that “The Roommate” is a duplicate of 1992’s “Single White Female” and the story of the movie was quite predictable. Mark Olsen, a film critic of a reputed media outlet said that the movie was boring and predictable.

On the other hand, Leighton Meester has received good response from the audience as she managed to produce something “fascinating” to her role in “The Roommate“. Minka Kelly also received appreciation for her role and her chemistry with Cam Gigandet managed to woo the audience. Leighton Meester told a reputed media outlet that while doing research for her role, she even took advice from “psychiatrists” to get into the skin of her character.