Charlie Sheen Teeth: Are They Gold? 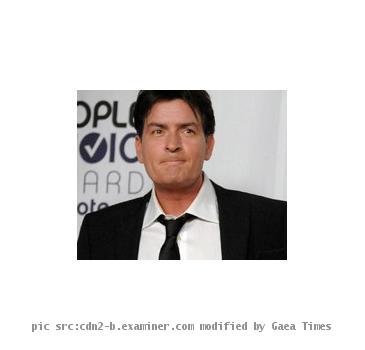 LOS ANGELES (GaeaTimes.com)- The “Two and a Half Man” star Charlie Sheen never seems to come out of controversies in his life. The actor, who entered rehab some days ago had to replace his teeth with porcelain veneers, a reputed media outlet reported. It seems that hard partying and drug habits have spoiled the star’s teeth. Kacey Jordan, a porn-star, reportedly, told a media outlet that she had a “quick sex” with the star and during their sexual encounter; Charlie Sheen told her that he has porcelain teeth.

On the other hand, though Charlie Sheen did not comment anything about his golden teeth but his representative has denied the news. However, the actor reportedly said that he would never speak about all these as long as he is alive. He also asked his fans to “believe nothing” as all these are rumors. The highest paid television actor was hospitalized last week after a drug-fueled night. The actor entered rehab just after coming out of the hospital and on Wednesday, he released a statement where he stated that he would like to return to work as early as possible.