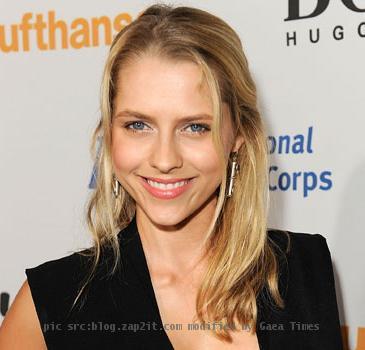 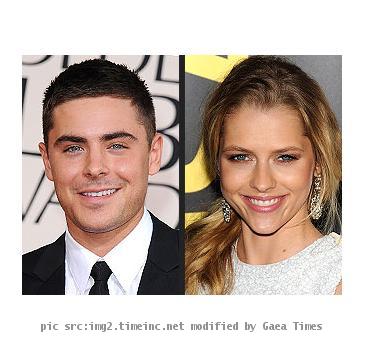 LOS ANGELES (GaeaTimes.com)- Mesmerizing actor Zac Efron rumored to have found his lady love once again. The actor who parted ways from his longtime girlfriend Vanessa Hudgens last year was, reportedly, spotted with gorgeous actress Teresa Palmer last Thursday. The actor, reportedly, accompanied her to the special screening of her forthcoming film “Take Me Home Tonight”.

The eyewitnesses, reportedly, told a reputed media outlet that the couple was holding each other’s hands while they were at the party. The onlookers said that the duo ate together and they seemed to be comfortable with each other. Moreover, neither Zac Efron nor Teresa Palmer was trying to hide affection for each other. After the dinner, the couple, reportedly, went to a nightclub in West Hollywood where they were joined by some of their friends. The eyewitnesses, reportedly, said that Zac Efron chatted with the actress for some time and then they tried tequila shots together and the “High School Musical” heartthrob was flirting with Teresa Palmer. On the other hand, a celebrity gossip website came up with the news that Teresa Palmer said that she feels Zac Efron is a “sweetheart”.

A reputed celebrity and lifestyle outlet reported that the couple engaged themselves in public display of affection, while they were on the dance-floor. Zac Efron, reportedly, made out with Teresa Palmer while they were dancing together. The couple was at the party for about an hour and so and then they left together. However, throughout the party, they were with each other. The representatives of Zac Efron and Teresa Palmer has not commented anything about it to the media.

Smoke from fireworks is hazardous to health

LONDON - A woman television presenter has sued BBC claiming that the firm fired her for being too ol...

LONDON - The bombs smuggled in the cargo plane terror plot at East Midlands Airport and in Dubai rep...

LONDON - It seems that women would rather follow in the footsteps of Margaret Thatcher than Angelina...

NEW DELHI - It was a trip down memory lane for car lovers as timeless classics like Chevrolet Impala...