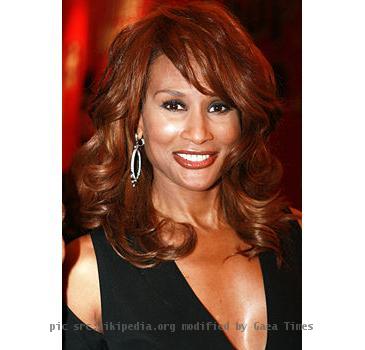 LOS ANGELES (GaeaTimes.com)- Dark beauty Beverly Johnson recently unleashed her future plans which certainly have a serious note attached to it. The Afro-American beauty who is one of the trend setters of the fashion world last night made an appearance on the popular “The Oprah Winfrey Show” where she shared the platform with three other beautiful ladies who are none but her contemporaries Cheryl Tiegs, Stephanie Seymour and Christie Brinkley.

After taking their seats, audience saw the four getting lost in a conversation which made them go back to the yesteryears when she had just treaded into the modeling world. The ladies certainly claimed to give a different picture of the world of glitz and glamour from what it is now. They talked how things varied at the time of their career and how it has gone a gradual change over the years. The topic saw the iconic beauties steeped in nostalgia which they made all the more serious as they brought the issue of aging. Christie Brinkley revealed an interesting fact for her fans as she confessed to Oprah Winfrey that the fish diet was the thing responsible for her petite and glamorous look. Cheryl Tiegs reminded the audience of an inevitable truth by saying that everyone loves to stare at the mirror but the signs of aging scares us. While Stephanie Seymour talked of the recent controversy about the photos where she appeared with her son, Beverly Johnson opted for a more serious note.

The 58 year old diva who was the first black woman to appear on the cover page of Vogue said that as she ages down she would like to associate herself with the movement against domestic violence. Beverly Johnson spoke on how insensitive people these days have become to domestic violence, something to which she had fallen a victim, the reason why she would voice against it.

Yoga keeps the Beckhams together

MELBOURNE - David Beckham and his wife Victoria do yoga together to keep the spark alive in their 11...

LOS ANGELES (GaeaTimes.com)- It seems that Olympic medalist Michael Phelps has come up with a ne...

LONDON - Soccer ace David Beckham has revealed that his wife Victoria beats him when they play boxin...
Copyright© 2011 The Gaea Times