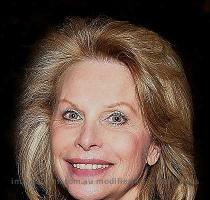 LOS ANGELES, (GaeaTimes.com)- Every thing seemed perfect with Ronni Chasen. She was in the best of her spirit all through out the party that took place in roof top pool, on Monday night. She gossiped with her high profile clients as the veteran movie publicist had no clue about what was in store for her just an hour later.

After an hour, she was shot dead in the Beverly Hills area, while she was driving her Mercedes-Benz E-350, late that night. Reports say that this celebrity publicists was shot five times, which made her lose her control on her car and she crashed into a light pole. Beverly Hills police officers say that the noise of five gunshots were heard from the Sunset and Whittier area, from where the car collision was reported. When the police reached the venue, they found that there were several gunshots on her chest and Ronni Chasen was in a pool of blood. She was soon rushed to the Cedars-Sinai Medical Center, where the doctors declared her dead. The investigation is still at an initial stage, and no one has been suspected yet.

The demise of this 64 year old socialite and publicist was mourned by the entire Hollywood. It has been reported that some studios canceled their meetings and conference calls, to rearrange their Oscar Campaigns, which used to be Ronni Chasen’s specialization. Academy Award-winning producer Richard Zanuck said that he was completely taken aback by the news, as he spoke to Ronni Chasen on Monday itself, regarding the season campaign for his movie “Alice In Wonderland.” New York publicist Kathie Berlin, who has been her good friend, described her as a person who never indulged in drinks and drugs and treated her clients like her family.

MUMBAI - When the band culture was fairly unknown in India, four young men decided to give Mumbai th...

Not worried about PILs against 'Guzaarish': Ronnie Screwvala

NEW DELHI - A case against "Guzaarish" has been dismissed as "frivolous" and producer Ronnie Screwva...