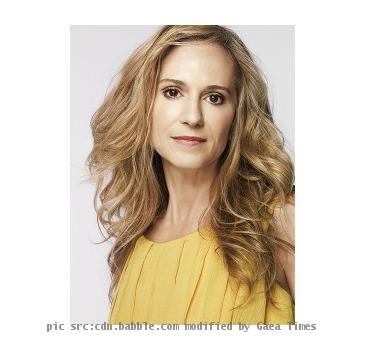 LOS ANGELES (GaeaTimes.com)- Since the award season in on its full swing, Oprah Winfrey was once again back with a few more surprises related to this ceremony. However, aligning to the typical “reunion” element of her “Oprah Winfrey Show”, she decided to unite three of the most celebrated Oscar Winners of the 80s and 90s, namely, Susan Sarandon, Sissy Spacek, and Holly Hunter.

Holly Hunter won the Best Actress Award in 1993. The talk show queen asked about her achievements and personal life, at the age of 52. However, what attracted people the most was her grace and impeccable figure and wonderful skin, which is still free from wrinkles and any age marks, that can put any youngster into envy even today. Holly Hunter said that she gave birth to her babies for the first time at the age of 47, and they were twins. Although many people have often asked her to reveal something more about them, she prefers to keep them out of the media glare. The father of her children is Gordon MacDonald, who is also an American Actor, and the couple is still going steady in their relationship. She also said on the show, that she has been nominated for the Emmy Awards seven times, and bagged them twice. Her other achievements include, getting nominated for the Oscar four times, while she won one of them in 1993.

Oprah Winfrey, in order to make the show a bit more interesting, asked a very trivial, but interesting question like, where does she keep her Oscar Award, which is one of her biggest achievements in her acting career. Holly Hunter said that she keeps it in New York, in the office of Joel Coen and Ethan Coen. The other two ladies present in the show also gave good insight about their personal life, and achievements, to make one of the last episodes of “Oprah Winfrey Show” all more interesting for the audiences.

LONDON - A stark naked stripper in Britain is said to have attacked a pub landlord and his wife w...

LONDON - British bikini-clad bodybuilder Hollie Walcott once hated the sight of her own figure, but ...

LONDON - Glenn McGrath's own breast cancer charity foundation has raised a question against the bowl...

WASHINGTON - Three of Tiger Woods' former mistresses have announced that they would be attending his...

LONDON - A Welsh woman has been jailed for eight months after she retracted allegations that she had...

Kendra Wilkinson 'thrilled to be closer to ex Hugh Hefner'

Why Kendra Wilkinson turned down Playboy

WASHINGTON - Kendra Wilkinson has revealed that she refused to do a Playboy photo shoot because h...
Copyright© 2011 The Gaea Times