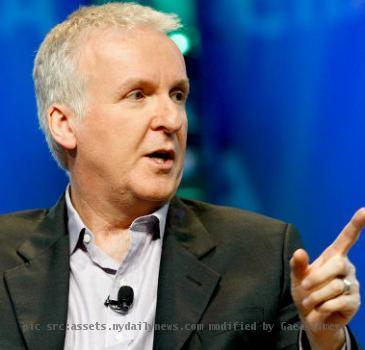 LOS ANGELES (GaeaTimes.com)- Director James Cameron’s record breaking box-office hit movie “Avatar” has returned to the theaters today with “Avatar: Special Edition” exclusively in 3D theaters and IMAX 3D. The director says that the special edition includes an additional 9 minutes of footage that were excluded from the original film. James Cameron said that the addition of 9 minutes of included scenes cost more than $1 million a minute.

The director spoke about the re-release of the movie “Avatar” in one of his interviews where he mentioned that the new footage includes new “creatures” and action scenes. However, James Cameron also said that the nine minutes of the movie is carefully woven to give the audience a joyride into the time of 2154. The director added that there are certain extended version of the movie that has about 45 minutes of deleted materials from the whole filming.

James Cameron also said that he would like to work on other projects before starting the sequel of the movie. In one of his previous interviews, James Cameron said that he would take three more years to start the sequel of “Avatar”. James Cameron in his recent interview reportedly told that he has a “constellation” of good projects in his hands and he would like to work on it before he starts filming the sequel of “Avatar”. The film was one of the biggest blockbusters of the year and it broke previous box office records and became the first film to gross more than $2 billion. The movie was nominated for various prestigious awards which includes Academy Awards, Critics’ Choice Awards, to name a few.