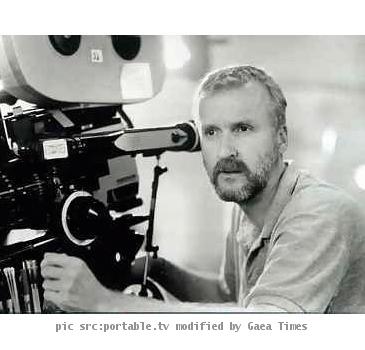 LOS ANGELES (GaeaTimes.com) — James Cameron mega blockbuster is set for re-release with almost 9 minutes of footage. The Fans of the original Sci-Fi classic are already planning their next outing to Pandora as we write the story. The superstar director in the meantime is drawing parallels with the state of earth in his movie and the present. He believes that the BP oil spill is a reminder of how we have set out to destroy our homes.

In an interview he said

The BP mess is a classic example of how our energy policies, or lack thereof, are going to hurt us

The spill was the result of Corporate amorality, the traits of which was featured in Avatar. The RDA corporation in the movie tried to destroy the ecosystem of Pandora in order to extort materialistic gains. He has been vocal about the disaster for quite some time now. He was noted to call the BP as ‘morons’ for the irreparable harm they have caused to the planet by their callous attitude towards capping the wells. There is no denying that he is in a position to comment on such affairs due to the fact that he is an expert in deep sea robotics and filming from his experience in the Titanic.

James Cameron expects the re-release to at least partially emulate the success of the original Box-Office Behemoth. He believed that the state of environment in earth will go to a darker path than what he envisioned in Terminator.