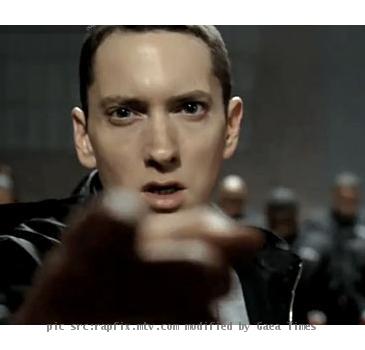 ARLINGTON (GaeaTimes.com)- The Chrysler Super Bowl Commercial, that featured none other than the Detroit based rapper, was one of a kind. According to many sources, this was one of the most commercially viable and successful ad that was featured in the Super Bowl. The two minute ad was first featured in the third quarter of the match, and people were delighted to see the popular rapper in the classy and elegant sedan, Chrysler 200, as he drove around his home town Detroit, to give every detailed glimpse of the city and its life.

A source who saw he ad said that where most of the other Super Bowl ads were funny and funky, Chrysler Super Bowl Commercial was serious and beautiful. Another person who saw the ad said that it was a very “bold move on the part of the ad agency” to merge with Eminem, and come up effectively. He also added that amongst the other good ads, this was definitely one of the best, as it showed the authentic American spirit and grit, through the murals along the streets. Another viewer, who hails from the city of Detroit said that he is extremely proud of the ad. If that was the stand on the part of the audiences, then even the creators of the ad were extremely proud of its final outcome.

Chief marketing executive for Chrysler Group, Olivier Francois said that all super bowl commercial are about making a statement, to capture the attention of the audiences. According to him, this ad was extremely successful in serving the purpose. Online editor of a leading a magazine, Kazeem Famuyide said that the Chrysler Super Bowl Commercial gave him “Chill”.

Linc Logistics IPO could raise $126.3 million, plans to use proceeds for dividends and debt

Five things you didn't know about Obama as President

WASHINGTON - A new portrait of US President Barack Obama that has emerged collectively from thre...

Dueling messages from Democrats, Republicans on economy; which one will voters believe?

Will voters believe Dem or GOP message on economy?WASHINGTON â If you don't like the economy, b...
Copyright© 2011 The Gaea Times