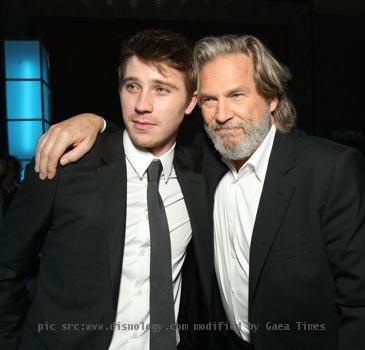 LOS ANGELES (GaeaTimes.com)- Noted actor Jeff Bridges was the host of last night’s “Saturday Night Live”. The episode was graced by the who’s who of the entertainment industry and the audience loved and appreciated their performances. Jeff Bridges’ new film “True Grit” has already received several prestigious nominations for its wonderful storyline and marvelous acting and actor Jeff Bridges has gained attention for his wonderful acting.

However, on “Saturday Night Live”, the audience saw a completely different Jeff Bridges who made the audiences laugh with his sketches, parodies and his monologue turned out to be a hilarious section. Previously, the media outlets were abuzz with the news that Jeff Bridges would shave off his beard in the show but when the show was aired, the audience saw that it was part of a gig. While Jeff Bridges was performing his monologue, the Cookie Monster sang “Silver Bells” in the background. Rapper Lil Wayne and Eminem graced the show and set the stage on fire with their mind-blowing performances.

Eminem and Lil Wayne together sang “No Love” and the live band supported the duo in their song. Jeff Bridges was all in appreciation for the rapper as they completed their performance. Weezy sang “6 foot 7 foot”, his latest single from his album “Tha Carter IV”. Jeff Bridges showed off his acting skills in his skits and in one of his skits, he played the role of an effeminate cowboy and his performance made the audience roar with laughter. Maggie Gyllenhaal and Billy Bob Thornton graced the episode to encourage their friend on the show. Jeff Bridges was also performed in Miley Cyrus’ bong video controversy skit.

LONDON - It is true - good-looking people do earn more than average-lookers. The new illustrated ve...

WASHINGTON - A new study questions whether it's a good idea to follow 'the "wisdom of crowds' while ...

POMONA (GaeaTimes.com)- The Automobile Club of Southern California NHRA Finals, which have too...

If you don't like a gift, just swap it online

Rudd 'roasted for gate-crashing' Clinton's 'Q and A show'

CANBERRA - Australian Foreign Minister Kevin Rudd has been condemned for demanding a place to shar...