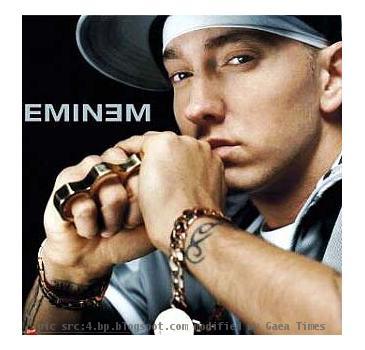 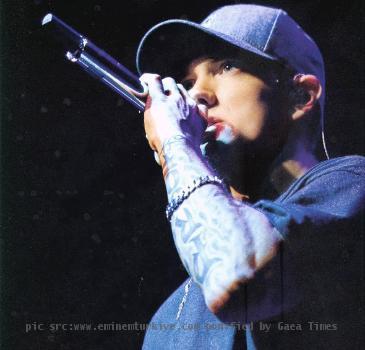 LOS ANGELES (GaeaTimes.com)- Hip Hop icon Eminem appeared on ‘60 Minutes‘ on Oct 10. In the interview with Anderson Cooper, which was recorded during his ‘Home and Home Tour’ with Jay Z, Eminem spoke about his childhood and his love for Hip Hop. The show was a treat to watch for the fans as Eminem is a media shy celeb who prefers to let his music do the talking. The fans also got an insight into the family life of the ‘Lose Yourself’ star.

On ‘60 Minutes‘, Eminem spoke candidly about his family life which is often the subject of his songs. He explained that though his songs were laden with profanities, he never encouraged it at home with his kids around. Eminem also said that it was Hip Hop music which gave him the respect that he always wanted. He also spoke about the disturbed childhood where he was bullied by his schoolmates.

The ‘60 Minutes‘ would have also been useful for those keep to learn the art of Hip Hop as Eminem brushed aside some myths about rapping. he explained that it is believed that the word ‘orange’ has no rhyming word. He then said that to rhyme it in rap, one could improvise slightly and use words such as ‘porridge’ and ’storage’. Eminem also showcased his huge talent as he freestyled with random subjects that included host Anderson Cooper himself. The two were seen visiting the places which helped in the transformation of a young Marshall Mathers into the world’s favorite and most respected rapper. Eminem’s recent album ‘Recovery’ has topped music charts all over the world and he has collaborated with established artists such as Lil Wayne and Rihanna for the album.

NEW YORK - Rapper Eminem has admitted that he has 'trust issues' with women and he needs to know...

MADRID - Lady Gaga remains at the top of the pop world after earning three honours at the MTV Europe...
Copyright© 2010 The Gaea Times